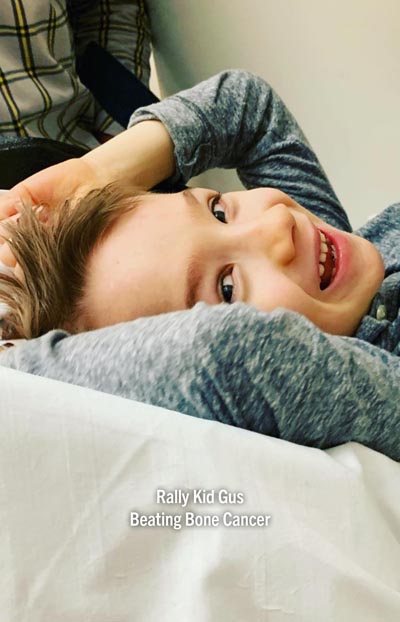 Anyone who has met Gus will tell you that he has a smile and energy that is absolutely infectious. One day after preschool, the normally happy and energetic Gus began experience leg pain so intense that it made him cry. His symptoms seemed to improve after some rest, but the following morning he could not even walk down the stairs.

Gus’s parents rushed him to urgent care. On November 16, 2018—after countless hours of testing and waiting in the hospital—they were handed the hardest news of their lives: Gus had cancer. Five days later, he was officially diagnosed with Ewing’s sarcoma.

After many rounds of intense chemotherapy and multiple invasive surgeries, Gus is now in remission! He has a long road ahead of him with physical therapy and continued scans, but he is #GusTough and does it all with a smile.