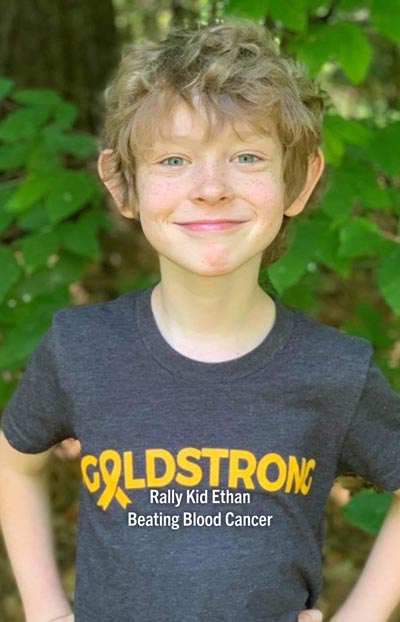 In July 2019, seven-year-old Ethan went in for what everyone thought would be a minor surgery. His parents never expected to learn that their son had cancer. During the surgery, it was discovered that Ethan had diffuse large B-cell lymphoma, a non-Hodgkin lymphoma. During his initial surgery, the doctors removed the primary tumor. Ethan’s post-surgery scans were clear, which is typically good news; however, they did find cancer cells in the fluid surrounding the tumor. Because of this, and the uncertainty as to whether these cells traveled anywhere else in his body, Ethan was classified as “Group B” and given a treatment plan with five rounds of intense chemotherapy.

Ethan loves playing outside and being with his friends, but, due to his weakened immune system, he hasn’t gotten to spend much time with other kids since he began treatment. Luckily, Ethan also loves watching movies and playing video games, which he has gotten to do more often recently. Many days, his body is simply too tired, and he just sleeps a lot. Throughout this ordeal, Ethan has remained a very strong and brave child, and his parents have been so moved by his strength and resilience.