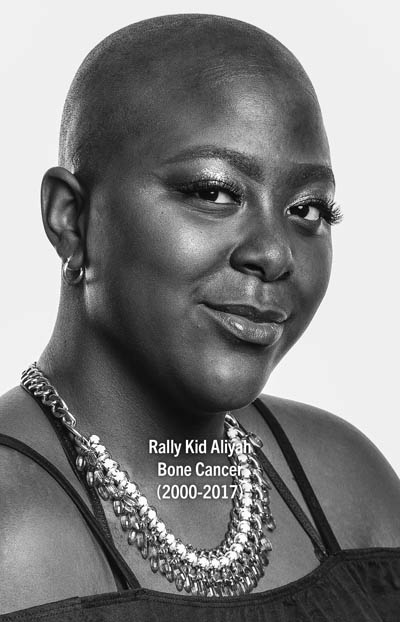 At 14, Aliyah thought she had a sprained knee. She soon found out she had cancer—specifically osteosarcoma. Her leg was amputated, and she went through a series of harsh chemotherapy treatments. It was thought that Aliyah achieved remission at the end of 2015; however, on August 8, 2016, it was discovered that she had relapsed and that the cancer had spread to her lungs.

Aliyah then underwent six inpatient rounds of around-the-clock chemotherapy for 14 days. When not in the hospital for treatment, Aliyah loved dabbling with make-up and fashion. She also loved animals, dancing and sports.

After a courageous battle, Aliyah passed away on November 12, 2017. She will forever live in our hearts and be part of the Rally family.